Laurie Martin-Gardner is an author and artisan living among the rolling hills and thick forests of rural northwest Alabama. Sharing her home with her husband, their children, and a myriad of creatures both furry and scaly, Laurie spends most of her (quite rare) free time immersed in research for her upcoming book, Lilith.

A lifelong student of history, mythology, and religion, Laurie draws inspiration from both the natural and spiritual worlds around her. Since childhood, she has spent her days immersed in the written word and published her first poem at the tender age of 12.

Laurie’s debut book, Gentle Melancholy, is a collection of poetry and short horror stories published in 2009. It was followed by another anthology, To Touch the Moon, in 2012. In the years that followed, Laurie turned her attention to the non-fiction world adding her words to collective works published by Moon Books. Those titles include Naming the Goddess, The Goddess in America, and Seven Ages of the Goddess.

Laurie’s first standalone non-fiction book, The Hidden Goddess, hit bookstores on February 1, 2020.   Tracing the Divine Feminine from Asherah to Mary Magdalene, The Hidden Goddess is a look into the goddess traditions that influenced and permeated the foundations of the Judeo-Christian faith.

Returning to her poetic roots, Laurie’s newest collection of poetry is currently available exclusively on Amazon.  Memories of Fire contains 24 poems on a variety of topics and often pulls imagery from the Greek myths Laurie loves so much.  The book launched in August 2022.

When she isn’t researching or writing, Laurie is also an accomplished artisan specializing in handcrafted chainmaille and gemstone jewelry designed to empower the warrior within each of us.  Her work has been featured in magazines, submitted for consideration on a number of television shows, and has been included in celebrity and press gifting suites in honor of the MTV Movie Awards, the Primetime Emmys, and the Golden Globes.

Currently, Laurie is busy researching and writing her next book, Lilith, a new entry in the Pagan Portals series by Moon Books.  Lilith will chronicle the evolution of the enigmatic character from her earliest appearance as a Mesopotamian demoness to her current role as an icon of the women’s rights movement.  Upon completion, she will begin work on one of several additional books she plans to pen in the near future, including a return to Pantheon: The Greeks, which is currently on hold. 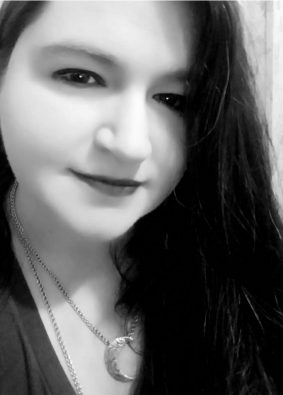 *Laurie is a homeschooling mom of five kids (only the youngest is still in school). They range in age from 25 to 17!

*Laurie and her husband, DJ, have been married 20 years.

*Laurie is a proud member of the Pope’s Tavern Archaeological Club in Florence, Alabama. 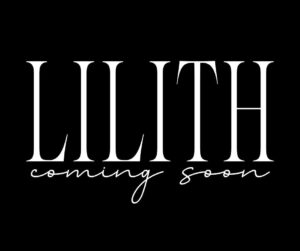 Gentle Melancholy
To Touch the Moon
The Hidden Goddess
Memories of Fire
Pagan Portals: Lilith
Pantheon: The Greeks
Other Works